He accurately prophesied the chopper crashes 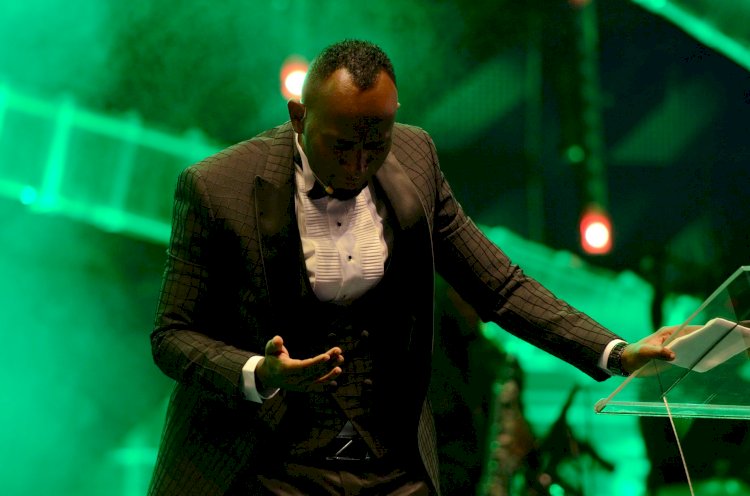 But here is a Ugandan, with similar prophetic accuracy and his name is Prophet Elvis Mbonye.

If the leaders of the Uganda People’s Defense Air Forces (UPDAF) were tuned to prophetic voices, the billions of shillings and lives lost when three helicopters crashed in Kenya might have been saved.

Prophet Elvis Mbonye repeatedly prophesied the crashing of Uganda’s choppers a few days before in his fellowship.

He also took the message to UPDAF officials, but they told him they could not stop the mission to Somalia just because someone had prophesied.

Prophet Elvis Mbonye repeatedly gave that prophecy in the presence of so many witnesses at his weekly prophetic fellowships every Tuesday evening at Open House.

All the prophecies are recorded.

Because many of the prophecies he has made on national, individual and international matters have come to pass, those who know him have no doubt that he is walking in the same anointing like the prophets of the Bible.

He prophesied the deadly 2004 tsunami and the uprisings in North Africa before any sign of upheavals.

During a conference at Hotel Triangle, he spoke of a terrorist attack one month before the 10th July, 2010 terrorist bombings at Rugby Club.

Other prophecies he gave before they happened include the re-election of George W. Bush as US president, the April 2007 Mabira riots, the increase of child sacrifice cases in Uganda, the public exposure of Pentecostal pastors and the resurgence of war in eastern DR Congo.

The prophetic anointing under which Prophet Elvis Mbonye operates has caught the attention of many believers, to the extent that representatives of intelligence organs sometimes attend his meetings to record the prophecies he gives.

Who is Prophet Elvis Mbonye?

He was born on March 27, 1977 to Leo and Teddy Ntiru in Jinja before the family relocated to Bugolobi.

Prophet Elvis Mbonye got saved in 1998 during his first year at Makerere University where he had enrolled for a Bachelor of Development Studies degree.

He started experiencing the supernatural prophetic power as soon as he became born again.

He always got prophetic revelations about people to the extent of thinking that every born-again Christian experiences the same, until later it dawned on him that his was a unique gift from God.

He has testified that he has had various heavenly encounters.

On other occasions Prophet Elvis Mbonye feels his spirit leaving his physical body and moving to distant places to see things happening there.

He has prophesied to many high profile people in government, opposition politicians, the army, the Police, media, music industry, business sector and pastors.

Prophet Elvis Mbonye has prophesied several things, including a major breakaway party from the ruling National Resistance Movement, a political transition to happen before the end of the current term of office and speedy economic growth that will take Uganda into the league of first world countries as a result of the coming leadership.

His dream is to build a platform to be able to speak to the entire nation about God’s plans and purposes for transforming Uganda.

In the meantime, Prophet Elvis Mbonye has written a book Tasting the Power of the Age to Come and hopes to launch it on Thursday at the Kampala Serena Hotel.

His earlier book was Let the Prophets Speak