Uhuru-Ruto divorce; what the future holds 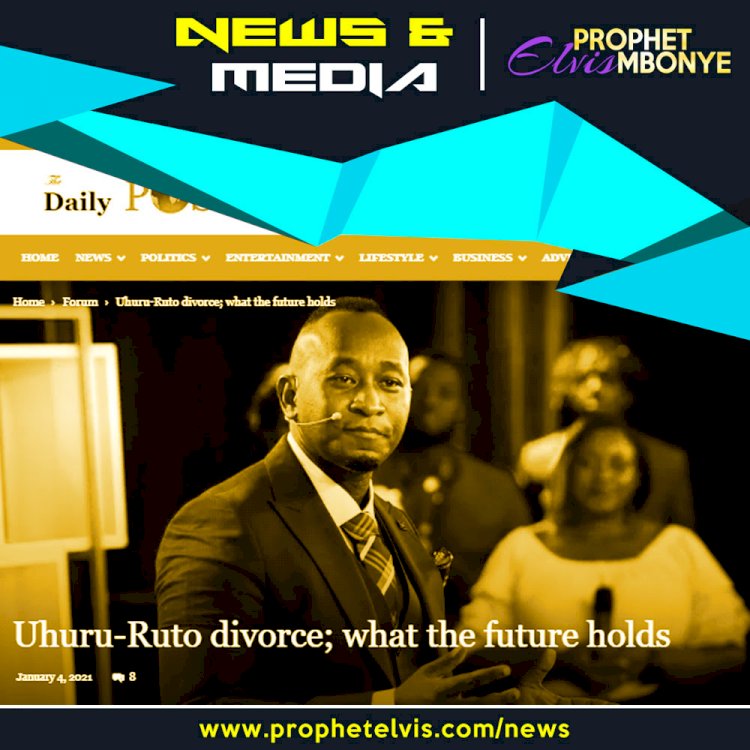 Like any high profile divorce the Uhuru Kenyatta – William Ruto fallout drew untold public attention and speculation from the beginning to the end of last year. And like many divorce stories, no matter the varying arguments dissecting the ugly split, conclusions pointed to a third party lurking in the wings; a new flame that had come into the picture straining the relationship between the hitherto bosom buddies.

Since its emergence, the Uhuru-Ruto alliance was in some circles referred to as a marriage of convenience meant for the singular purpose of galvanizing support, first for the latter during his two presidential bids in 2013 and 2017, after which he would hand over the reins to the former in 2022.

And all was smoothly going according to the script, or so we thought, till Kenyatta mended fences with his bitter rival in both the previous presidential bids, Raila Odinga, an alliance that culminated into “the handshake” on 9
th March 2018 that stunned the nation.

Even then, relations between Kenyatta and Ruto remained largely cordial, till last year when for the first time the cold war within the Jubilee party simmered to the surface and was candidly fought in full glare of the cameras.

But this strenuous episode in Kenya’s politics, whose climax is yet to fully come to pass, was foretold by Uganda’s Prophet Elvis Mbonye on 7th January, 2020. During the first fellowship of every year he peers into the unseen realm revealing some of the global news-making stories of that very year and beyond. Thus he did in 2020 picking on this major split between the Jubilee stalwarts.

“I see old blocks shaking and crumbling in Kenya and the Spirit of God says, there shall be a new phase, begin to spring forth to bring new wine. And the old structures shall begin to give way to this because there shall come a force that no man and no establishment can put out because I do a new thing,” Prophet Elvis foretold.

Perhaps the “old blocks” refers to Kenyatta and Raila Odinga seeing they both hail from the country’s founding political families. While speculation is that the “force that no man can put out” could be Ruto.

But of more concern is that out this major split, according to what was foretold, will spring riots. In regard to this Prophet Elvis sought preemptive prayers by everyone in attendance against this, declaring peace over the land.

This is the second time Prophet Elvis has peered into Kenya’s political landscape. On 19th February, 2013 during the presidential campaigns, he foretold Uhuru Kenyatta’s victory in spite many political observers forecasting Odinga’s win.

On Tuesday, Prophet Elvis will have the first fellowship this year and as is his custom, he is expected to foretell events coming up in 2021 and beyond. It will be broadcast live on his facebook page at 1830hrs EAT. At least you now have a reason to pay attention. (https://web.facebook.com/prophetelvis)