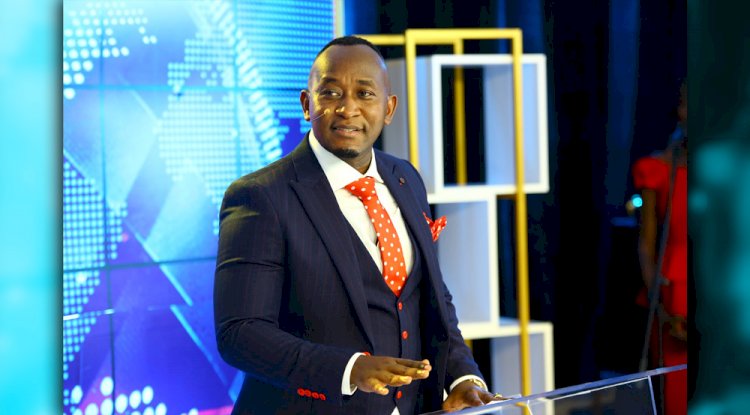 With barely a few days to the climax of Uganda’s action-packed Presidential race, a palpable aura of excitement hangs in the air. The elections are no longer around the corner. It’s the final stretch.

The candidates are wrecking budgets, nerves, and burning the midnight oil to sway the undecided voters over to their side before 14th January.

There’s also no denying that the citizenry’s level of apprehension about the whole electoral process is a bit up there. Which explains why some are preferring to fly their families out of the country.

To another section, though, uncertainty is something they can live with, as temporary relocation to ’safer’ places is a luxury they cannot afford. The other lot have all the confidence in the world that everything will be fine.

But generally, from the goings-on, you get the sense that the next couple of months might be a blend of thrill, disquietude and who knows what else!

So far as I’ve known, the first week of the calendar year has always been the most important. The reason is, it’s in this period that we often get to have a peek into what lies ahead in the 12 months that are to follow, and prepare accordingly.

When Uganda received a rude awakening after three of its military choppers descended into Mount Kenya back in August of 2012—a tragic event that had been detailed by Prophet Elvis Mbonye earlier that year—intelligence officials (spies) are known to have since become regular stalkers of the Man of God.

At the inaugural Zoe Fellowship of 5th January 2016, Prophet Elvis Mbonye announced to his congregation what he had seen, prophetically, of the then election period. He spoke about Makindye, the military laying siege, and a brief eruption that would eventually be curbed.

It’s reported that this sort of intel is what resulted in the arrest and detention, in Makindye, of former spy chief Gen. David Sejusa.

Over time, these annual revelatory meetings became a custom, where the Prophet captures the future and unveils before thousands the events that are to transpire in the nation and globe during the yearHowever, we seemed to gradually slip back into slumber. One of the signs of this was at the opening Fellowship of 7th January 2020.

Prophet Elvis Mbonye didn’t shy away from expressing his displeasure at how Uganda’s political leaders had preferred staying home to take tea rather than attend a meeting that would define the course of this nation.

A year later, in a major twist, Prophet Elvis Mbonye has completely spurned the idea of revealing his annual prophecies before any online gathering.

Clearly, a summation of factors led us here. The continued closure of Churches, but also the nation’s consistent and contemptuous indifference to the great prophetic gift that’s being hosted in this land.

“Do you take that which is so Holy and precious, and sacred; a thing such as this, and just share it online?” Prophet Elvis wondered, alluding to one of the revelations he had received.

“The Spirit of God has never intended for the Church to gather online and we’re not about to get content with it,” the Prophet continued.

In these times that we live, the contest between life and death has never been more apparent. At whatever level of life you are, you have undoubtedly felt a measure of infringement on your life and liberties.

It’s the responsibility of the Church to restore hope and glory in a world where lies, darkness and gloom are being projected all over the media channels.

The status quo, however, is specifically intended to corrode the influence of the Church and Kingdom of God, as a whole; to relegate it to the background and make it less relevant whilst the other entities continue to operate normally.

Following the Prophet’s refusal to speak the mind of the Lord, what then does that signify for Uganda and the world?

Well, this could mean we go through the year blind as bats, and await the consequences of that. Also, it’s a challenge for anybody to look around the globe for a substitute that could pull off the calibre of things this Prophet does!

Although it was plain to see that the Man of God had plenty to share; knowing him for being uncompromising, Prophet Elvis Mbonye is unlikely to unleash any prophecies anytime soon—a development that has left scores on tenterhooks—until full-fledged Church gatherings are unconditionally reinstated.