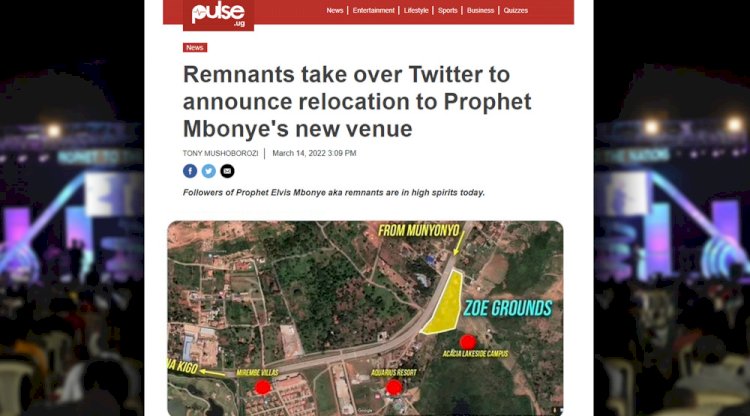 The big news is the grand opening of the new venue for the Tuesday evening fellowships at the newly acquired Zoe grounds in Lweza along the Expressway, between Munyonyo and Kajjansi. And the sheep couldn't be more excited.

Mbonye is a flamboyant, self-proclaimed most successful prophet in the world, one guesses. He’s the founder of Zoe Fellowship Ministries (ZFM) which for years has been meeting at the KCCA grounds in Lugogo. The estimated number of weekly congregants at ZFM is 7,000 young, educated urban dwellers. A new chapter seems to be in the offing as the Ministry gets out of town and relocates to a permanent home (hopefully), 14 KM south of Kampala central business district.

The remnants, most of whom have adopted one of the prophets' names or "Reminant" as their middle name, have shown their excitement in thousands of posts on social media. We give Mbonye credit for the sway he has on his sheep. You have to have above-average talent to have people adopt your names as their own.