Opinion: In honour, there’s everything to gain and nothing to lose 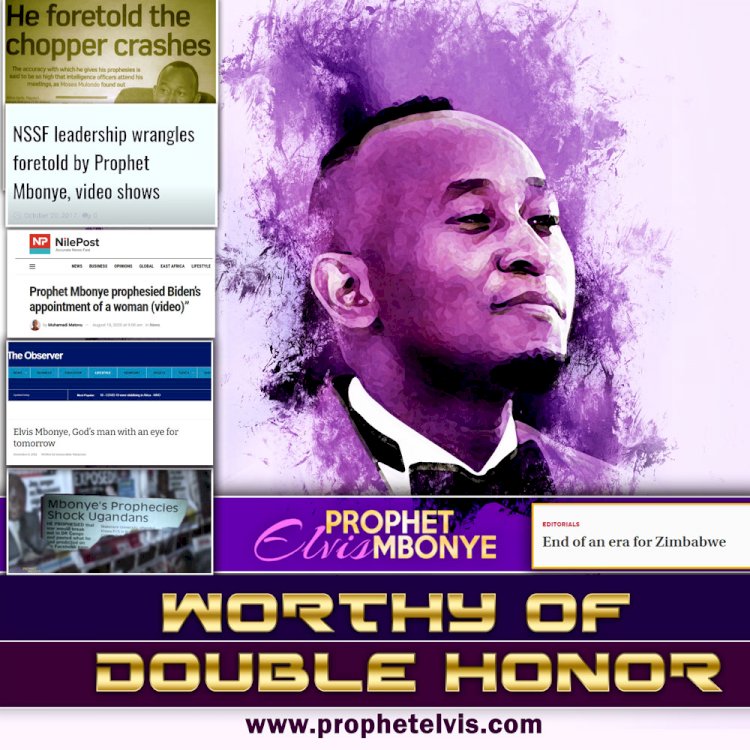 On 13th August 2021, a video of Uganda’s golden Athlete and world record holder, Joshua Cheptegei handing over his Olympic gold medal to Stephen Kiprotich made rounds on social media and all major news media.

In the video, a visibly teary Cheptegei says, “Allow me to use this very chance and ceremony to award my gold medal to the golden captain and legend Stephen Kiprotich.

He inspired all of us, especially when he won gold at the Olympics in London” before placing the medal around Kiprotich’s neck.

While many saw this simply as a grand gesture of kindness, The Daily Monitor termed it rightly in the headline: “Teary Cheptegei honours Kiprotich with his Olympic Gold…”

What Cheptegei did was honour a man that has gone before him, a man that has paved a way for him and several other Ugandan athletes to accomplish no mean feats in the athletics world and clinch medals while at it.

Cheptegei, considered by many as Uganda’s Greatest Of All Time (G.O.A.T), with this one act publicly acknowledged that if it wasn’t for Stephen Kiprotich, there probably would never have been a Cheptegei to celebrate.

HONOR. An act seemingly so simple and yet so ignored by many in their spheres of work and/or influence either out of pride or their wrong perception about what it means to honor another person.

Whereas there are quite a number of dictionary definitions of honor, I am interested in this: To hold in great respect/ to hold in high esteem/ to have a high regard for/ to revere/ to think highly of/ to pay public respect to.

Before 1st September 2017, the word ‘honor’ as well as the act of honoring someone were things hardly discussed whether in Christian circles or otherwise.

This was the day that the Zoe Fellowship congregation; commonly known as ‘Remnants of God’ organized the first ever Honor Ceremony for their man of God, Prophet Elvis Mbonye to not only celebrate the impact he has had on their lives but to recognize his long record of accurately fulfilled prophecies.

Although this is an event that sparked a lot of controversy and an uproar, there’s been a noticeable increase in the practice of honouring and celebrating men of God done in more and more congregations and a spill over from the religious circles into the political sector, the music industry, the sports sector among others.

Almost four years since this conspicuous event, one thing that is abundantly clear is that Prophet Elvis Mbonye has through his many fulfilled prophecies been proven to be a prophet worth his salt.

Having prophesied the horrific 2010 terror bombings in Kampala, the 2012 UPDF Chopper crashes, former Minister of Health- Stephen Malinga’s death, the First Lady’s resignation from active politics and more recently; the drama and controversy caused by renown scholar Prof. Sarfaraz K Niazi, events surrounding the arrest and death of renown cleric; Pastor Yiga, the two weeks mandatory quarantine period, the ‘wild’ fires around the country that included the Makerere Ivory Tower fire among so many other prophecies, it is clear that these are more than ‘chance’ predictions.

Given such an impressive track record, it is rather surprising that the government and those in authority have remained adamant in their refusal to heed to the Prophet’s warnings and acknowledge the unprecedented nature of his prophecies.

On 7th January 2020 during his inaugural fellowship for the year, Prophet Elvis Mbonye matter-of-factly said, “The blessing is here. The blessing that can actually change economies, change political scenarios and actually bring peace in this nation.”

A wise man once said, “What you honor, you attract.” And another, “The definition of insanity is doing the same thing over and over again, but expecting different results.”

After countless National prayer days and prayer breakfasts with no visible change in the country’s situation, isn’t it time that the powers that be tried the way of honour?

Imagine the catastrophes that would be averted and the blessings that would follow if the Prophet’s prophecies were heeded?

If the nation of Uganda woke up and recognised the magnitude of the gift she has been blessed with? A gift of seeing into the future! Imagine the social, economic and political advantages that would come along with this. There is nothing to lose but everything to gain!

This year’s honor ceremony for Prophet Elvis Mbonye will held on Wednesday, 1st September and you can follow the proceedings at www.prophetelvis.com/live