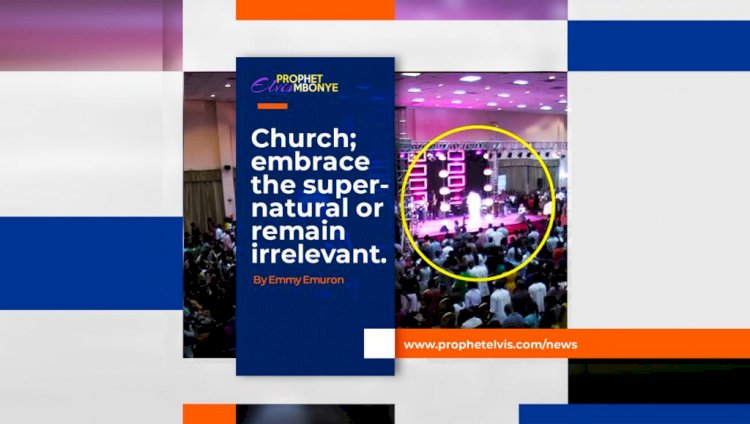 In the early 1970s, the US government launched a special project codenamed ‘Star Gate'. This highly classified project that would eventually go on to run for the next, about 25 years, under the CIA, aimed at harnessing the supernatural to aid in intelligence gathering for espionage, military reconnaissance, and forensics - like navigating crime scenes and that sort of thing. Many of the recruits at the project, as expected, were known to possess some pretty impressive uncanny abilities.

Uri Geller, a man of Israeli descent, was one such individual. Magic and psychokinesis, which were the hallmark of his trade, had made him quite a sensation world over, but mostly as an entertainer. His proficiency in working the psychic craft caught the CIA's attention but of course not for entertainment! Following an invitation that he received for admission into a research institute in California—specifically set up to study people that exhibited supernatural traits—Uri obliged and passed the tests excellently.

Women and men like Uri, that use Extra-sensory Perception (ESP) to apprehend phenomena that the natural senses would normally not, are some of the most valuable intelligence assets of governments in the western world.

Humans are inherently believing beings and will subconsciously have a spiritual hunger for things that defy natural laws. Hollywood, which is largely secular, churns out loads of material that attempts to feed that hunger. So, they will present to their audiences all these superheroes that perform extraordinary feats, but they're really just trying to portray what man's ideal is, which's the deep-seated desire to manifest similar capabilities.

For the Christian, that void can only be filled by cultivating a communion with the Creator—the Supreme being called God Almighty, who is supernatural by nature; omnipresent, omniscient, omnipotent.

For centuries, the traditional religious church has presented to its faithful this supernatural God. They've told them Bible stories of a God that split seas, confused armies by illusion, multiplied fish and bread, walked on water, raised the dead, and generally defied all natural laws.

However, this, for the most part, has been confined to theories. They have preached an extraordinary God, but have denied His power today! The supernatural has inadvertently been relegated to the past and mystical exploits are now considered Church museum material, or even worse, are deemed occultic.

While the traditional religious church has opted to play it safe and has stuck to preaching axioms at every other Sunday service, the Pentecostals/Born-Agains have dared to tread this slippery surface and explore the supernatural in practice. However, of these, many—supposedly for fear of being misconstrued as practicing satanism—have preferred to stick to religiosity.

Of the five Ministry offices mentioned in Ephesians 4:11 (Apostolic, Prophetic, Pastoral, Evangelistic and Teaching), none has been endowed with the capacity to demonstrate the power of God as the prophetic office. In the days of old, rulers consulted with prophets of God because they knew that these men were in touch with infinite knowledge.

1 Kings 22 paints a picture of a religious church versus the ‘Supernatural' Church. The two Kings want to attack Syria; they require some intelligence from a prophetic voice. The first set of prophets that get called in are the religious prophets (‘state prophets' if you like). King Jehoshaphat is wise enough not to trust them because they always do the Kings' bidding.

So, the King calls in a more independent prophet, Micaiah, whom he knows isn't a people-pleaser. Sure enough, he prophesies the scattering of Israel. Not a very pleasant prophecy to listen to, but that's what was coming King Ahab's way

In Uganda, today, there's no better known Prophet of God than Prophet Elvis Mbonye. He's known to be free from outside control. Much of what has had him in the limelight for years has been controversial stemming from his frighteningly precise prophecies and eerie demonstrations of supernatural powers; from picking up people's details (phone contacts, addresses), to telling them what they dreamt in the night and the meaning of their dreams, to predicting leadership changes in different nations, among other things.

One of the most profound prophecies he has previously given is what has now come to be known as the "choppers' prophecy". Having cautioned military authorities in 2012, for months, about an impending calamity lying in wait, the Prophet's warnings were flatly ignored and as fate would have it, the UPDF choppers plunged en route to Somalia killing eight ace soldiers. Intelligence officials have since been known to covertly attend his weekly Tuesday Fellowships to gather information and attempt to establish what else the Prophet knows!

In retrospect, the Church has until now been known for ‘read your Bible and pray every day', showing little or no corresponding power to match what they actually profess. One thing is for sure though: humanity's beliefs will always gravítate towards the transcendental.

Christians will attend the traditional Sunday Church and will listen to religious folks teach truisms, but ultimately, when they're in need of an encounter with a supernatural force that can cause them to contact their future or instantly solve a challenge, they will either look to interface with the likes of Uri Geller or they will seek to be in fellowship with men like Prophet Elvis Mbonye who have no qualms demonstrating the supernatural God.

The writer is a member of Zoe Fellowship