After 2020, can you afford to ignore God any longer? 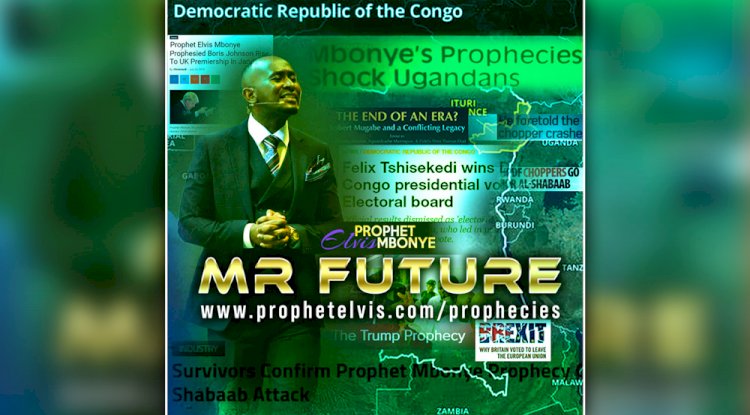 2021 is finally here! But for many this is nothing but a good excuse to forget 2020 ever happened; a chance to start over with hopes that 2021 will be much kinder year.

In a world where so many things can go wrong, the year 2020 ended up somewhere on the outskirts of sane albeit with the stamp of horror marked all over it. To many, the past year was a success especially because they came out of it alive!

The definition of success, though, will vary from one person to another depending on their vantage point. Regardless, 2020 was generally a parade of horribles. We launched into the year battling swarms of destructive locusts.

Right there, it appeared we already had a difficult situation at hand before we even got to the hard part. Suddenly, there was a shift in focus after the coronavirus made landfall! We decided the best way to deal with the locusts was to give them silent treatment!

That worked like magic. In no time, everything; from the stories about the insects, to the massive budgets—exaggerated or not—were never heard of again.The invisible monster (COVID) invaded us and consequently led to the country getting locked down.

In your attempts to live a normal life under the unbearably tight restrictions, you probably had a number of run-ins with overzealous security personnel whose professionalism and competence, as you discovered, are a bit of an illusion.

There’s no end to the tales from that year. But you’ll agree that, on the whole, it was such a crazy roller coaster ride mostly characterised by the element of overbearing control.

Were all these happenings a case of the world being at the mercy of bad luck and that nothing could’ve been done to avoid it? Or are we simply glad to always converge at the junction of chaos, mayhem and regret?

To a great extent, civilisations have been conditioned to cluster around analysts, pundits and intellectuals for opinions on different matters because, by and large, they’ve been handed the responsibility of maintaining particular perspectives.

However, as we’ve come to learn over time, their expertise can only go so far. It always lingers in the realm of the ordinary. For example, you’ll not find any expert that came forward at the start of 2020 to detail what we should’ve expected of that year and they got it right.

“You can ignore God, but you cannot ignore the consequences of ignoring God,” Prophet Elvis Mbonye once said. God speaks too, and has His own class of specialists with superior sets of eyes. The relevance of prophecy in this age cannot be overstated.

With a labyrinth of prophecies, some dating from as far back as 2018, Prophet Elvis Mbonye painted us a vivid picture of what was to come two years on. The events he mentioned unfolded in spectacular fashion. When determining to whom you should pay attention, history is everything.

Prophet Elvis’s vast array of prophecies and their fulfillments from years past are a testament that God holds the final say regardless. When this Man of God speaks, it’s never a matter of if, but, rather, when.

As the political season in Uganda approaches fever pitch and much of the world wallows in confusion, there’s more than plenty to benefit from the prophet’s supernatural insights. If you’re the type with a crass indifference to the prophetic, here’s an opportunity to re-evaluate your stance.

The new year brings a fresh challenge as, in typical Prophet Elvis Mbonye style, he takes us on an epic journey of events that shall happen and shape the course of this country, the region and the world.