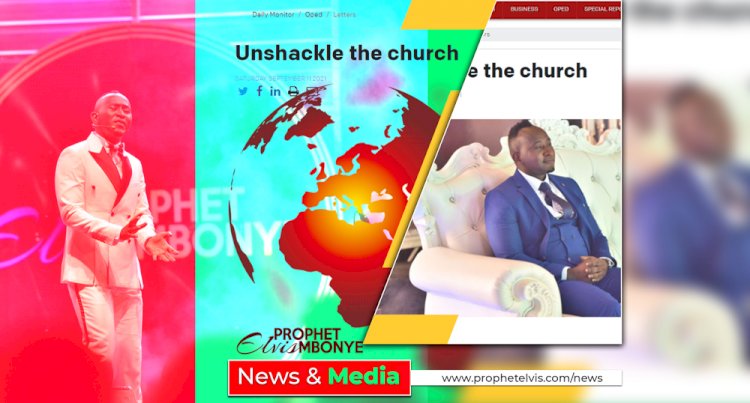 For the better part of the past 18 months, places of worship have experienced a total shutdown. The tragedy here is just as much in the closure as it is in the fact that a considerable section of the population appears to have gradually grown familiar and comfortable with this obscene arrangement.

Whereas the newsworthiness of this urgent matter in the public domain seems to have taken a plunge, it’s vitally important that this discussion is not only thoroughly revived, but steps are hastily taken to expedite the full and unconditional re-opening of Churches.

The consequence of not heeding this call is that a major disaster that we, as a nation, have been flirting with is imminent and will be discharged; if for anything, for ignoring God and making a complete mockery of the Church of the LORD!

Between March 2020–when the President announced the first lockdown—and today, the limit to the size permitted to congregate has flip-flopped anywhere from 0 to 70 people; with the choice of number often being another opportunity for the President to indulge his whims.

The most recent footnote to have emerged was in July 2021, when Mr. Museveni extended the closure of Churches by an additional 60days, following a 42-day lockdown.

On the flip side, however, the marketplace has had its doors swung wide open; an evocative indication that anything but the church, always finds favor before the Head of State.

These eccentric and segregative restrictions, particularly the cap on congregational numbers look to be the reason Prophet Elvis Mbonye while addressing Kenyan and Ugandan politicians, dignitaries and followers in Nairobi recently said,

“If you know anyone in authority that seems to have an agenda to keep the Church stifled, and they’re speaking about how they can’t meet in public because of a certain disease; go and tell them there’s a prophet who has lost his patience!”

The preacher’s authoritative statement is without doubt directed at a cabal of oppressive leaders who are in the vanguard of ruining the social, economic and spiritual fabric of society, all in the name of safety and convenience.

Although the delusion of regularly holding futile national prayer breakfasts and simultaneously having the church hidden in the closets has never been more apparent; God is still interested in the affairs of this nation and the well-being of His people. Like it was with the Biblical tale of Pharaoh and the Israelites, it will be quite a sighting to witness the spectacle of the culprits taking it the distance til they’re drowned, or whether they’ll choose to fall back in line and unshackle the Church.

As it stands, though, the proverbial monkeys have played with the razor blade for far too long, and there’s no price for guessing that there’s about to be some injuries!