Prophet Elvis Mbonye: To some pastors, Covid-19 is the “new Jesus 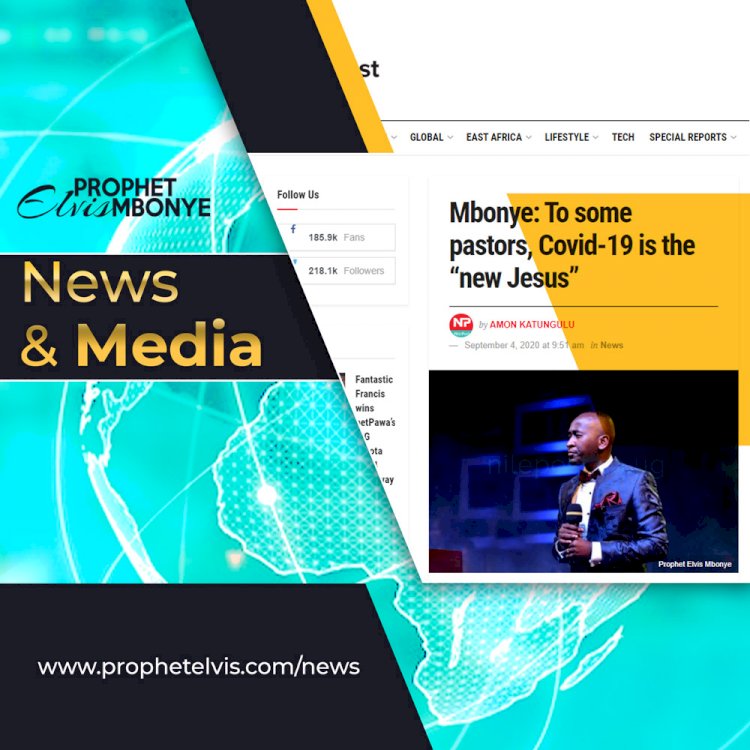 The leader of Zoe Ministries, Prophet Elvis Mbonye, has said the Covid-19 pandemic has exposed the hollowness of some preachers who have decided to embrace the so called new normal and abandoned the world as created by God.

During the occasion to celebrate his honour on September 1, Mbonye said that some preachers had easily bought into the new normal where holding virtual functions is emphasised ahead of physical assembling. In the process, he said, they have abandoned the world of God.

“We are living in strange days. Preachers who once spoke passionately and seemingly fondly about Jesus are now with the same passion and fondness speaking about Covid-19. Covid-19 has taken up the place where Jesus was in their lives and now their world, their thoughts, their plans, attitudes revolve around Covid-19 no longer Jesus. So you see they have got a new lord called Covid-19 while Jesus and the conviction that they seemingly had about him is long gone,” he said.

He castigated preachers who are popularising the sentiment that “God is everywhere” saying this has exposed their ignorance because there are lots of things and practices that only apply in physical gatherings such as the laying of hands.

Mbonye said there has been a global attempt to relegate the “knowledge of God” into a thing that is considered of non essential value.

“You know better, the majority of the world knows better that there is nothing more valuable than the knowledge of God. Absolutely nothing. No matter what the devil says you should keep that in your heart,” he said.

He said he will not embrace the new normal that stops worshippers from gathering in one place.