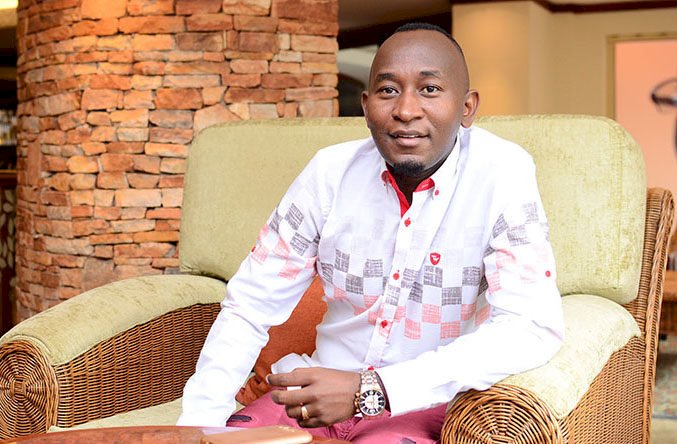 Through a press statement on Friday, Prophet Elvis said that the policy is an “unfortunate, destructive and extremely dangerous” move by the government to “exert overbearing influence and control over the Church.”

Prophet Mbonye revealed how on the 25th of September 2019, the Minister of State for Ethics and Integrity. Rev Fr Simon Lokodo wrote to him requesting that he participates in the second high level validation meeting of the Religious and Faith Organisations that was scheduled to take place on Thursday 17th October 2019 at Hotel Africana.

The Zoe Fellowship leader’s response to this invitation, which he says was received by the Directorate of ethics and integrity on 10th October 2019, among other things stressed with concern the fact that stake holders previously invited to the meeting organised in July 2019, had not received feedback on the outcome of this exercise and yet the Minister was issuing an invitation to another validation meeting for Religious and Faith Organisations (RFOs) policy, 2019.

Nevertheless, the statement continued, Prophet Elvis Mbonye Ministries adhered to the request of the Minister and their representatives were present at the agreed time and venue specified, only to learn that the event had been cancelled on Monday 14th October 2019 by the Directorate for the reason that Rev. Fr. Lokodo would not be available on the scheduled date for the event.

“We oppose the policy in any form of shape and call upon the government to reconsider over extending its reach in the private affairs if its citizens. The right to freedom of worship is sacrosanct and no secular government can regulate religious freedom and its expression or manifestation thereof,” Prophet Mbonye confirmed his stand on the RFO policy.

With reference to his prophecies made 26th February 2013 and 28th February 2017, Prophet Elvis Mbonye asserted that the policy is satanic and a reincarnation of the oppressive ancient biblical times.

“The policy states that there is need to harmonize/facilitate the contribution of RFBOs to national development, ignoring the fact that every faith has benefits and practices often authenticated by holy books detailing how a distinct faith/religion is followed which it strictly adheres to, originating from various customs and traditions most of which date back thousands of years,” the statement read.

Prophet Mbonye, like other leaders who have stood against the policy, stated that the current legal framework provides sufficient avenues for the government of Uganda to deal with any individual who commits an illegal act.

“RFOs have self-regulating mechanisms that are consistent with the existing policy and legal framework rendering the proposed policy superfluous,” the statement read.

Adding: “The whole policy making process has been tinted with procedural improprieties and illegalities to the extent that it violates best practice guidelines as presented in the Revised Guide to Policy Development ans Management in Uganda, 2013 which is a reference document designed to help Government Ministries Departments and Agencies in the development of public polices in Uganda. This we believe causes uncertainty, misinformation and misrepresentation of the general public and the Body of Christ which are to be affected by this policy.”

“Further, the institutional coordination framework mechanisms on which the policy rests are extremely questionable, and discriminative. For example, the policy creates an RFO National Board with five positions and with the exception of the government representatives; the board is to be appointed from the members nominated by registered RFOs, Networks and Umbrellas. In essence, this clause implies that there must be compulsory registration under umbrella bodies and networks. This is the epitome of discrimination in religious leaders as many RFOs which currently do not subscribe to these networks and umbrella organisations for reasons relating to the tenets of their faith are at risk of being marginalized and/or forcefully subject to the decisions of those in the appointed leadership. This violates the very guiding principles the policy purportedly espouses which are non-discrimination; sector wide approach and accountability,” the statement read.

“Our final clarion call to the Body of Christ is to stand strong in unity, love and faith to thwart these schemes of the devil made manifest through this policy and its perpetrators,” the statement read.